The title was a DJ name bestowed upon vocalist Duncan Wallis by guitarist Peter Broadhead. Wallis, an in-demand DJ and compare in his native city, wrote the acid house and Sign O’ The Times-era Prince-influenced title track and lead single when reflecting on the awkwardness he sometimes feels when he’s recognised as the singer in a band while working one of his many public-facing jobs.

To inaugurate the announce of the album, Dutch Uncles have released a video for lead single “True Entertainment”, shot at Droylsden Working Mens Club, watch below:

Interestingly, the video features a live vocal taped on set and mixed with the studio recording, intended as an homage to the art of live entertainment.

“I was determined to fashion a goatee beard for the shoot, to separate myself from the character – it is a character. But I was mortified to see myself in the gold suit, immediately understanding Elvis’ pain.” – Dutch Uncles lead vocalist Duncan Wallis on “True Entertainment”

True Entertainment will be available on CD, Black Vinyl and “millstone” yellow vinyl, pre-order now by clicking the images below: 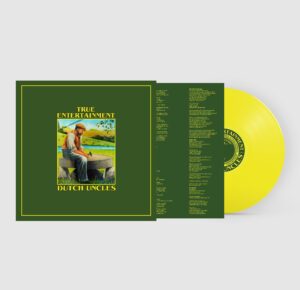 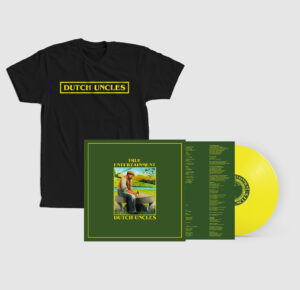 Also available for pre-order from the following stores:

Dutch Uncles have also announced a UK tour for April 2013 in support of True Entertainment, which includes headline dates at The Garage, London (21st April) and at the new Canvas venue in their hometown of Manchester (22nd April). Tickets on sale from 10am, Friday 28th October. Tour dates as follows:

Wildly creative free-form songwriter rachael dadd’s brand new studio album ‘kaleidoscope’ is out now. the record is her second album for memphis industries and follows 2019’s ‘flux’, which was released to much acclaim and which she was touring when the pandemic struck.

To celebrate the release of her new album, Rachael has released a video, made with her two children and filmmaker Narna Hue. Watch the video for “Footsteps” here:

“Kaleidoscope” is available to order now via the links below:

Rachael’s tour dates are as follows, including a series of in-store sessions:

Rozi Plain announces her new album “PRIZE”, due for release 13 January 2023 on Memphis Industries. Following on from Kate Stables (This is the Kit) and Alabaster DePlume featuring single “Agreeing for Two” is “Prove Your Good”.

Check out the new single below:

Also available for listening on the following streaming services:

Rozi says of Prove Your Good: “Prove Your Good is thinking about the often silent fight within us. Trying to come good, trying to not be bad. Feeling judged and judging ourselves. The small re-writing we can do of bits of our own history. The painful shift of changing favourites. Rearranging the leader board. Knowing things must be simpler but going after the tricky stuff anyway”.

“Prize” is available to pre-order now via the links below:

Rozi Plain and her band will be playing live around the UK in 2023 as follows:

Busting in with a surprise predawn raid are The Go! Team with “Divebomb”, the first single following the announce of their new album “Get Up Sequences Part Two” – out on the 3rd of February 2023.

It’s a 3 minute, blown out, amped up, Pro Choice exaltation of acting up and activism featuring Detroit based rapper IndigoYaj.

Check out the video for ‘Divebomb’ below:

Get Up Sequences Part Two is available on exclusive Rough Trade ‘Bontempi Orange’ vinyl. Click on the image below to pre-order: 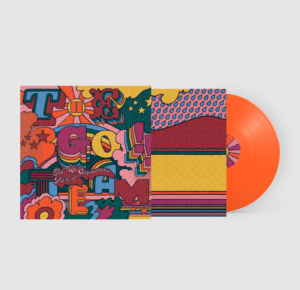 Also available on ‘Columbo Yellow’ vinyl from The Go! Team shop along with an exclusive T shirt and singed print. Click on the image below for the goods: 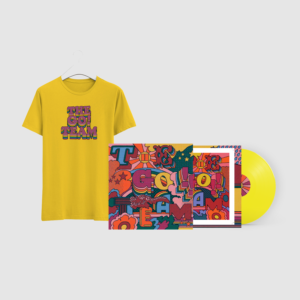 The Go! Team will be performing for the first time in 5 years throughout the UK. Dates and tickets below:

Mush’s extraordinary new album “down tools” is out now!

“Down Tools” marks the prolific band’s third album in as many years. Mush got loose with this one, chucking everything at the wall musically without filter. The words from lead singer Dan Hyndman written off the cuff, leading to a more abstract listen.

Album highlights include Get On Yer Soapbox, Northern Safari, Group of Death, Dense Traffic and Inkblot and The Wedge.

Listen to “down tools” here:

“Down Tools” is available to order now via the links below:

They will also be touring in September in the UK plus some shows over in the EU. Dates and tickets here: